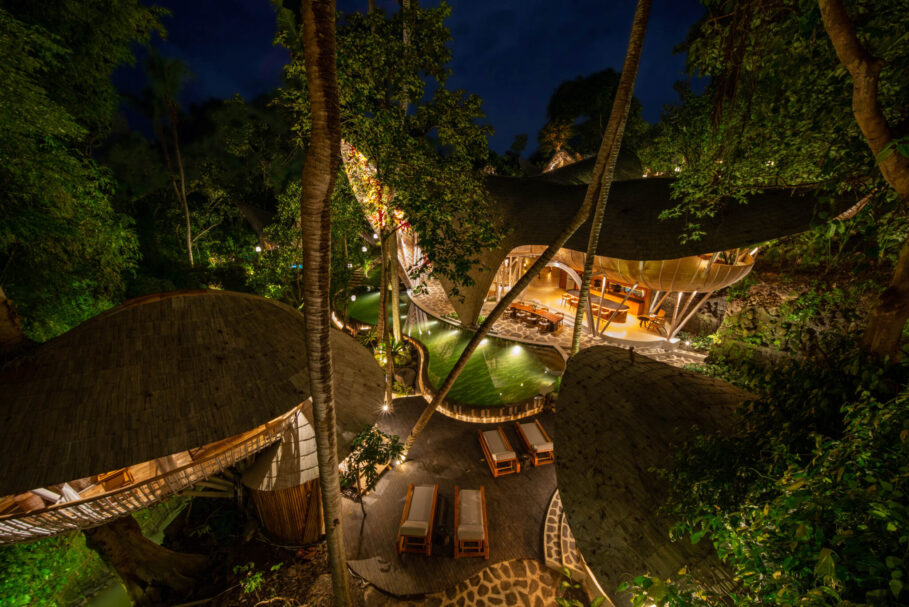 Although Bali has fortunately been less directly effected by the pandemic, with very few casualties, most businesses on the island have closed their doors. However construction work continues and therefore we are delighted to announce that phase one of  The Ulaman Eco Retreat has been completed. 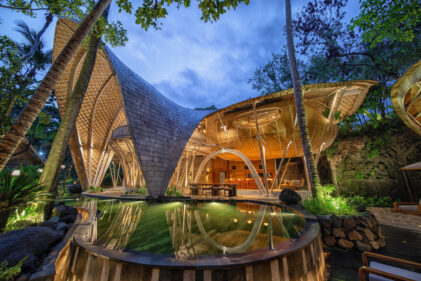 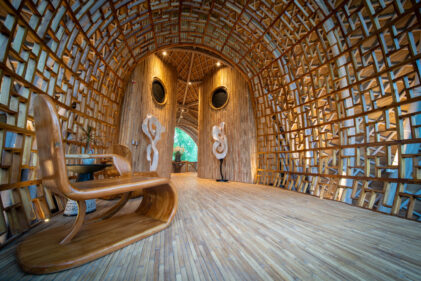 Located inland in an area called Kaba-Kaba, these buildings are integrated into a forest that borders luscious rice fields on one side and a dramatic river on the other. The river converges water from the whole area creating a junction of small waterfalls that produces enough flow to power a hydro electric generator that can sustain the power of the buildings within the complex. Merging with nature has been at the forefront in the approach to the design, not just by its operation but by using materials found directly on the site and the immediate locality. The first instigation of this can be seen in the dramatic use of rammed earth for all ground level walls. Being located on a hill required significant ground works, therefore with much excess soil, creating these significant mass of curved walls was easily justified. Along with being able to connect the occupant to the beauty of rammed earth with its physicality and layered colouring, it also has superior insulation and structural properties. Being very intensive to build we were able to recruit the nearby village to work on what has become the most substantial rammed earth project in Indonesia. 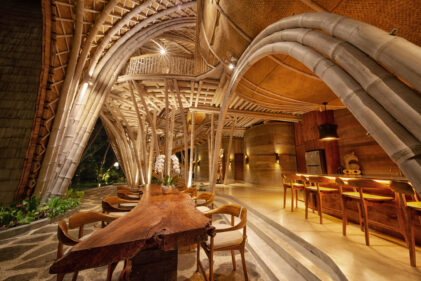 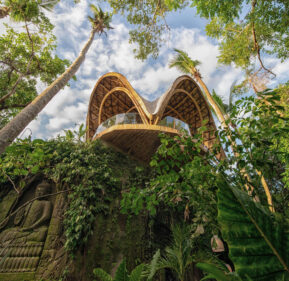 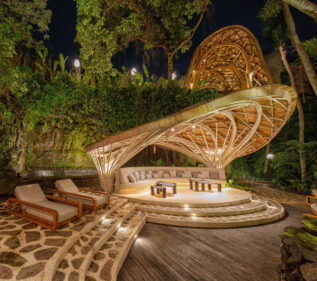 The rest of the structure has been made with bamboo, much of which was harvested from the site. Not only does this fast growing material have a zero carbon footprint, its flexibility means we can create spaces that echo the abundance of life in the tropics. Built objects have been created which seem to biologically morph from the surrounding elements, in effect growing from the ground and sprouting among the rich vegetation. One such building is the yoga studio which literally does float from the cliff’s edge with a cantilevered structure supporting a parabolic bamboo pavilion. 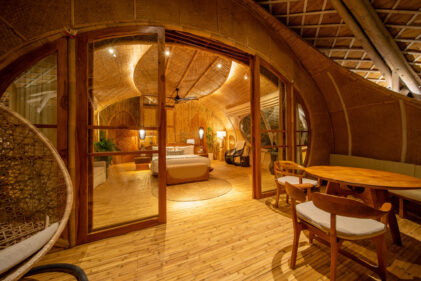 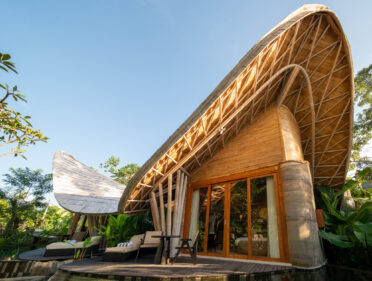 The rooms themselves provide the eco luxury that is required for this up market project, with a feeling that is nurturing and in some feature bedrooms, almost cocoon like. The guest villas too look towards a unique design, yet with the common denominator of bamboo architecture and the warming tones of rammed earth that make up the resort. The curvilinear formations of the roofs can be admired from different heights and angles while the reflections from the meandering pool below add to the effect.

The prospect for Phase Two will see a feature restaurant, river spa and elevated pod rooms intertwined with the existing trees.

How to Design your Living Room?