Drawing is a way to communicate your ideas to the world. The architectural drawing creates a vision for what could be materialized and the core detailing of the technical relationships of construction and design. It is a simple way to express your ideas. All the great work of engineering and architecture we see around was started as an idea which was put on paper. There are numerous drawings in history which changed architecture as we see now. We are going to list some of the most exceptional drawings which became the pillars of new realities and architectural theories:

The Prisons Series by Piranesi, 1750

An Italian artist, Giovanni Battista Piranesi (1720-1778) was best known for exceptional etchings including views of Rome. He created a variation on capriccio; a style developed as an art form in eighteenth-century Venice. Piranesi made a drawing purely based on his imagination known as “Le Carceri d’Invenzione” or “The Imaginary Prisons.” His idea was not to represent reality, but to present an interesting image based on reality. This drawing generated an idea of a fictional world which came straight from the mind of the artist and could be seen as a contemporary conceptual rendering. 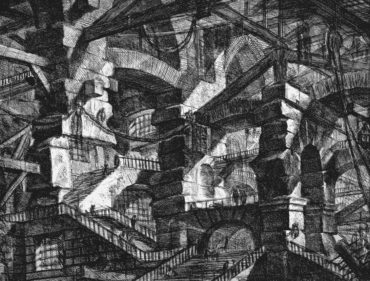 Cenotaph for Newton by Etienne-Louis Boullée, 1784

Etienne-Louis Boullée brought an idea of architecture which can express its purpose. His vision of cenotaph was an honor for Sir Isaac Newton that may have inspired numerous future monumental architectures. This series of ink and wash drawings was one of the many designs Boullée created at the end of the eighteenth century which were included in his treatise, Architecture, essai sur l’art. 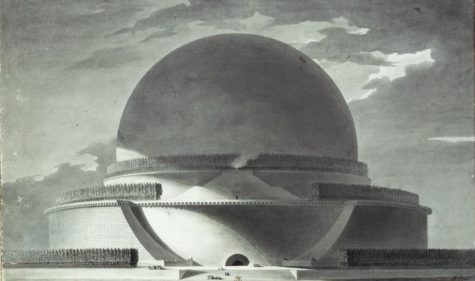 An Italian artist, Antonio Sant’Ella, was best known for his futuristic designs of the cities. He began practicing architecture in Milan, 1912. Being involved with the Futuristic movement, he created many highly imaginative drawings and plans for futuristic cities. In May 1914, a series of these drawings named as Città Nuova (“New City”) were presented in an exhibition of the Nuove Tendenze group. His work is based on a human’s capability to create a better world through engineering. 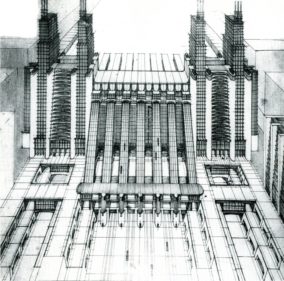 Le Corbusier’s came up with this designed as a prototype for the mass production of housing. It consists of concrete slabs supported by a little number of thin, reinforced columns of concrete around the edges with a stairway for easy access to each floor. This design ruled out the load-bearing walls and the supporting beams used for the ceilings. It became the foundation for the open plans and curtain wall facades found in modern engineering. 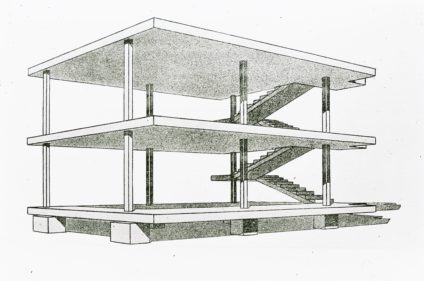 There you go, the historical designs which shaped our present world will be a core foundation for futuristic designs.

The Importance of Master Planning In Architecture